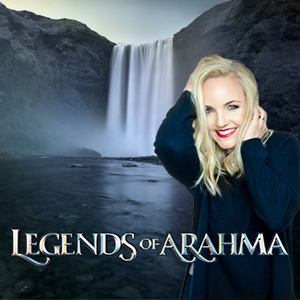 Venture to a new world full of peril, deception, love and sorcery. West End phenomenon Kerry Ellis stars in this epic tale in which two clans, divided by war, decide the fate of their natural world.

For years now the warlord Zoran (Kerry Ellis) has dreamed of conquering Arahma – some say she's driven by the betrayal of an old friend, others tell a different tale. Word spreads that a young man named Copernicus Danbury has entered the world of Arahma. He is welcomed by the Kalani tribe, who embrace him as one of their own. Rumours reach him concerning his long lost father, and in his search for answers, he agrees to be trained in combat.

If the prophecy is true, only Copernicus can defeat Zoran in battle and protect a beautiful green world from destruction.